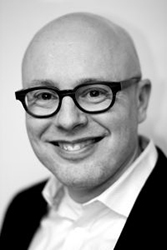 Professor Curran is primarily focused on using empirical methods to study labour & employment law and dispute resolution. He has a diverse and extensive academic background. He earned a Bachelor of Laws from Western; a Master of Industrial Relations from the University of Toronto; and a Masters of Law in Alternative Dispute Resolution from Osgoode Hall Law School. Professor Curran has also earned a Ph.D. from the University of Toronto, which further augments his interdisciplinary capacity. He obtained it at the University of Toronto’s Centre for Industrial Relations and Human Resources, which has a rigorous emphasis on empirical methodology. The skills he has gained enable him to conduct empirical legal research, a burgeoning and fertile area. His ability in this area has been recognized, as he is a reviewer for the Journal of Empirical Legal Studies.

Doctor Curran has developed and honed skills for innovative and high-quality scholarly research. He has published numerous peer-reviewed articles and chapters in the area of labour and employment law. Many of these publications utilize sophisticated statistical analysis. Professor Curran is also a member of the national Labour Law Casebook Group, a group of Professors from across Canada who have published the authoriative Canadian casebook for labour and employment law.

In addition to his research abilities, Dr. Curran is an outstanding teacher. He is passionate about teaching many different areas of law, especially dispute resolution, negotiation, contracts, labour and employment law, trusts, and human rights. He is especially interested in experiential and multi-disciplinary approaches to teaching. Before becoming a Professor at University of Manitoba Faculty of Law, he was a Lecturer in the Legal Studies program at the University of Ontario Institute of Technology (UOIT) (now Ontario Tech University), where he taught a number of courses roughly analogous to those on the JD curriculum. Professor Curran has also taught courses at Osgoode Hall Law School, and the University of Toronto.

Professor Curran has received a number of awards and honours for his teaching. While teaching at UOIT, he was the 2015 recipient of the Award of Teaching Excellence in the Faculty of Social Science and Humanities. Since coming to the University of Manitoba, he was honoured with the University of Manitoba Merit Award for Teaching Excellence for the Humanities and Social Sciences section. Moreover, he has been nominated twice for the Barney Sneiderman Award for Teaching Excellence, and he was selected by one of his former students for recognition at the Students’ Teacher Recognition Reception in 2020. His teaching experiences have inspired him to take a number of teaching courses, including an optional full semester course called “Teaching in Higher Education”, which provided an excellent foundation in pedagogical research and methods.