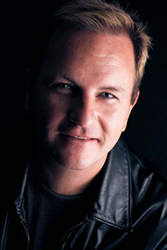 Dr. Donn Short, B.A. (Hons.); M.F.A.; J.D.; Ph.D., is the author of Don’t Be So Gay: Queers, Bullying, and Making Schools Safe, and Am I Safe Here? LGBTQ Teens and Bullying in Schools, both published by UBC Press. In addition to his scholarship dealing with bullying and safe schools, Dr. Short has written a number of dramatic works dealing with themes of youth and youth violence. Dr. Short is the recipient of a research Fellowship from the Law Foundation of British Columbia, a Social Sciences Humanities Research Council Standard Research Grant, as well as other academic honours, awards and prizes. He is committed to the rights of artists and is a member of PEN Canada, the Writers Union of Canada, the Playwrights Guild of Canada, the Manitoba Association of Playwrights and the Manitoba Writers Guild. At Robson Hall, he founded the group Outlaws and is the founding Editor-in-Chief of the Canadian Journal of Human Rights. Dr. Short is a member of the SSHRC-funded Every Teacher project conducted in partnership with the Manitoba Teachers’ Society. Dr. Short has served as a member of the education committee of Egale Canada Human Rights Trust for many years. He was appointed by the Lieutenant-Governor-in-Council to the Manitoba Human Rights Commission in 2014. In 2016, Dr. Short was the winner of the Rh Institute Foundation Award for Outstanding Contributions to Scholarship and Research in the Social Sciences at the University of Manitoba. In 2017, Dr. Short was the winner of the inaugural Aaron Berg Award, presented by the Canadian Human Rights Commission, the Manitoba Human Rights Commission and the Manitoba Association for Rights and Liberties, awarded to a person involved in the legal profession who has contributed significantly to the advancement of human rights in Manitoba. Dr. Short has won the UM/UMFA Merit Award for research, service and teaching numerous times, most recently in 2018. He is the Executive Director of the Legal Research Institute at the University of Manitoba.