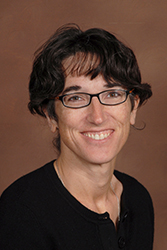 Dr. Michelle Gallant has been a full professor at Robson Hall Faculty of Law at the University of Manitoba since 2014, having taught at the faculty since 1999 first as an Assistant professor and then as an Associate (2004). Her areas of teaching and research focus are on Taxation, Philanthropy of Law, International Law, Dispute Resolution, Money Laundering and Terrorist Finance.

Dr. Gallant received her Doctor of Philosophy at King’s College London in 2000, prior to which she worked as Legal Counsel for the Federal Department of Justice, Halifax Regional Office. She completed a Master of Laws at the University of British Columbia in 1996, and her LL.B. at the University of New Brunswick in 1990.